Invocation of the goddess with a community dance.

This week, for four days, we have our wonderful, colorful, fun-filled, music-filled Hindu religious festivities.

The religious part is called Durga Puja, or invocation of Goddess Durga. But truly, for many of us, it’s as much cultural as it is religious.

The essence of the religious part is that Goddess Durga, the divine force with ten hands symbolizing ten directions and powers, vanquishes Asura the demon. As with many other Hindu religious observances, the idols and their manifestations are all symbolic.

As Swami Vivekananda the great monk from India said it in America many years ago, we do not worship the idols. We worship the powers they symbolize. Our gods and goddesses and pujas and rituals are high art, as they almost always carry symbols, and metaphors and inner nuances. Plus, the way the artisans build the clay idols are purely celestial art. I guess, we celebrate the artists and their creations too.

Indian religious festivities are also never complete without sumptuous food. In places like Bengal where I come from, we have both vegetarian and non-vegetarian food. On some days, we choose to go vegetarian. On some others, it’s mixed with the sacrifice of a goat or lamb. But traditionally, we do not use onions or garlic to cook the sacrificial meat, on these days. And Hindus do not eat beef, nor they eat chicken or pork on religious days. But I am only talking about urban or middle-class Indians — people and communities I am familiar with.

A mixture of rice and lentils — also known as khichri — is an important part of the offering. All the food we take at the puja premises are food offered by the priest to the goddess first, before the worshipers and followers get to eat it. Because it is offered to the goddess first, we call it prasad (in Bengali or Hindi), or prasadam (in South Indian languages such as Tamil or Telugu).

Durga Puja is also full of autumn fruits. And flowers too. This is the time when India is beautiful weather; fruits and flowers are beaming with beauty and prosperity. Monsoon has just passed, and Mother Earth is lush with bright sun, moderate temperatures, and clear skies. The famous mango and blackberry season has passed, and the cooler orange season has not begun yet. But fruits such as sugarcane, banana of many varieties, papaya, grapefruit, guava, apple, pear, pomegranate, coconut, ripe jackfruit, etc. etc. are abundant. Fruits and many different flowers would be laid out on freshly cut, dark green banana leaves, and that layout itself is a work of art. 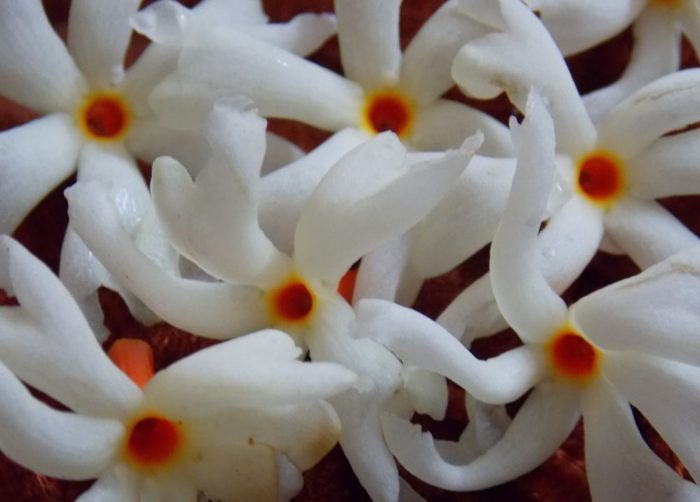 When we were small, we did not know the significance of the religious aspects. We would chant the Sanskrit prayers sung by the priest in awe, without knowing the meaning. But we would be very much looking forward to the food and desserts that came after the offering was over. It was a mouth-watering experience.

And talking about desserts — no Indian festivities are complete without desserts. In the Southern parts of India, coconut is an integral part of much of the food and desserts too. In the Northern Indian states such as Bengal, Assam, Punjab, Bihar, Orissa or Uttar Pradesh, desserts are primarily made out of cow or buffalo milk. And it is true that sweets from Bengal are famous all across India. Our delicacies such as Rosgolla and Sandesh and sweet, homemade yogurt are items no Indians have the heart to refuse.

And then, music. In places like Calcutta, Bombay, Delhi or Bangalore, all the biggest community pujas are followed by music festivals, where well-known or budding artists would come to sing, or play their sitar, sarod and tabla.

Durga Puja is fun. Mother Durga destroys the evil forces in us, and renews our peaceful, pious beginning for a new year. She is the ultimate force who helps us to keep free of human vices.

To the Mother, we pray for peace, resilience and strength. 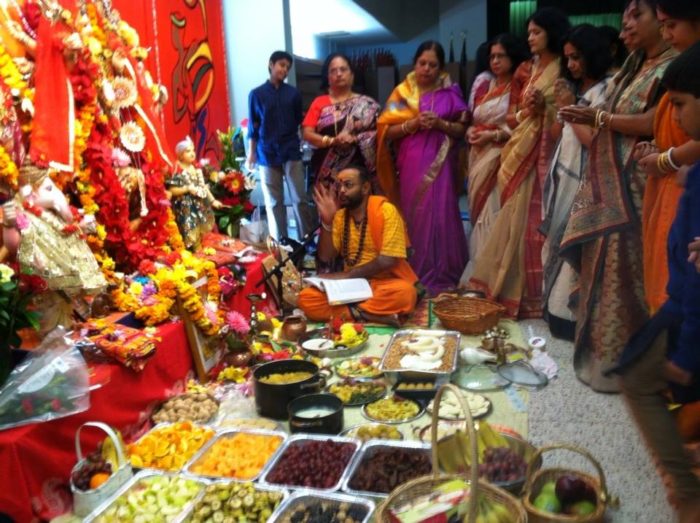