A Hundred-Foot Journey into Indian Cooking :-) 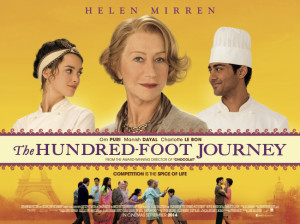 The Hundred-Foot Journey is a must-see. At least, the segments on Indian cooking 🙂

The rest of the Spielberg-Oprah production — well, you may or may not, perhaps, remember.

I would definitely remember the new Hollywood deja vu to sentimentality for its positive portrayal of Indian cuisine and cooks.

In fact, it promotes Indian cuisine to stardom. Just the same way the story promotes a young Indian, no-name cook, to stardom.

Either way, I wouldn’t complain about the promotion 🙂

The initial feud between the two, coupled with a few, typical Spielbergish kitschy riot and racism scenes, ended happily. The two owners “almost” tied knots. And two of their best assistants — Hassan the talented Indian son and Marguerite the French chef-aspirant — “almost” made love in the back of their kitchen.

Nice. And it all happened in countryside France. In a beautiful, green setting, lush with truffle forests. 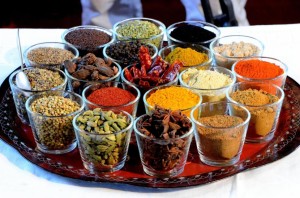 Mukti’s Kitchen has all the spices too 🙂

But the nicest part is really the way the movie promoted Indian culinary art — something that Mukti’s Kitchen is trying hard to promote here in New York.

The aromatic spices. Their health properties. Their secret ingredients. Their nuances.

At the end of the day, after we walked out of the theater in Sunnyside, Queens, it was a feel-good experience.

However make-believe the whole story was. 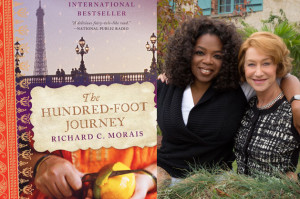 Wish it was so simple 🙂